Workshops with Johanna Climenko in Amsterdam!

My colleague  and  teacher  Johanna Climenko will come  to  Amsterdam in May  2013  with  two  workshops:

MAY WORKSHOPS IN AMSTERDAM BY JOHANNA CLIMENKO, BC-DMT, LCSW-R, LCAT 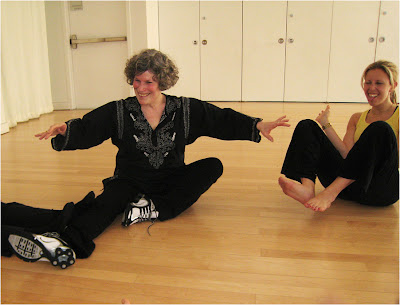 The goal of this workshop is to bring participants back to the original sources of Chacian Dance/Movement Therapy (DMT) and Laban Movement Analysis (LMA) by a pioneering DMT who studied with the originators of these modalities.

Participants will be introduced, conceptually and experientially, to the essence of DMT as taught by Marian Chace. Focus will be placed on ‘Empathic Reflection’—learning to ‘try on’ how our clients: inhabit their bodies, and their movement level and interactional expression.

We will also focus on the application of LMA to DMT, derived from first and second generation teachers of Laban’s work.

Active work will be done on observation and replication of body level expression—body attitude, initiation, breathing, how flow goes through, and how it is restricted.  On a movement level, we will look at the movement repertoires of  our clients, and how they interact with our own, individually and collectively.  On the interactional level, we will explore group process via the non-verbal level (and verbal) level of interaction, from the most subtle, to the most evident.
In sum: The closer we get to the source of theoretical and clinical work, the purer our understanding of its essence. 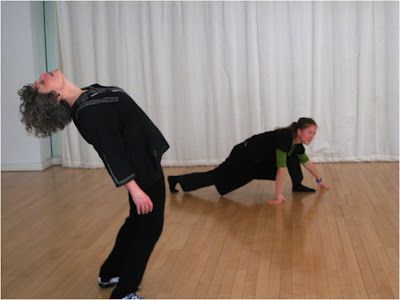 In this workshop, we will work with this combined modality, developed by the presenter. Participants will be introduced, both conceptually and experientially, to the essential elements of the theory and practice of Wilhelm Reich’s mind/body therapy—‘Character Analytic Analysis.’

We will also explore how Reich’s lens of ‘the Unity of Psyche and Soma’ can be used to deepen process, and fuel expression in  DMT.

The intention of this workshop is to explore conceptually and experientially how DMT and RT combine to form a unified and potent treatment mode. 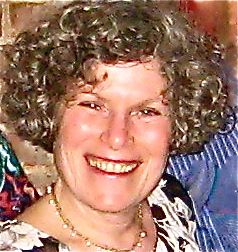 Johanna Climenko, BC-DMT, LCSW-R, LCAT, is a pioneering DMT from NYC, who began her DMT career in 1968. She trained with Marian Chace and other original Chacian DMT’s, as well as other DMT pioneers. She simultaneously trained in LMA with Irmgard Bartenieff, who brought Laban’s work to the U.S., and other 2nd  generation Laban teachers.

In subsequent annual visits, Johanna trainined several generations of DMT’s in the Netherlands, in programs throughout the country. She continues to returns regularly to teach, supervise and consult.

Ms. Climenko has worked clinically and supervised the range of populations served by DMT. She has taught and consulted extensively in and out of academic programs in the U.S. and the Netherlands.

Since 1986 she has added the combined modality of DMT and RT as Complementary Treatment Forms for her private practice and consulting work.

Besides parking on the street, there is a big paid public parking space behind the Parool building across the street.

There is also the possibility to park at the Arena Transferium (Euro 6,00/24h + two free tickets to the city)

FREE parking on Sundays and after 19:00 within walking distance (Tugelaweg area).

SUPERVISION
Johanna will also be available for individual or group clinical supervision and consulting while she is the Netherlands. Please contact her at the above contact email or phone before May 1st,  and from May 2nd –16th  at same email or phone: 31 20 638 1195.

Posted by Julia Morozova at 7:17 AM

Exisdance is what happened when existence and dance interlace together. When every dance we dance is a reflection of our lives. And when we can look upon every event in our live as a dance we dance with our enviroment and with our lives.
Exisdance is a dance therapeutic practice which offers individual sessions, trainings and workshops oriented on personal development and therapy, based on principles and methods of dance movement therapy and expressive arts therapy.

Julia Morozova, the owner of Exisdance:
Having originally trained as a medical doctor, I worked for several years in obstetrics, and at the same time became interested in psychology and psychotherapy. From my youth, dance was my passion and I have long believed that dance can have healing power. From the moment I learned about Dance Movement Therapy , I knew that it was exactly what I wanted to do: a profession where my love of science, dance, art and my interest in helping people could come together. I trained as Dance Movement Therapist in Moscow in 2002. Soon afterwards, I moved to the Netherlands and worked as a dance therapist in clinical settings as well as in private practice . Now I am working in private practice, both individually and with groups. I travel a lot, teaching in Russia, Ukraine, Germany and other countries. Since 2010, I have organized and facilitated travel-journeys – events where intensive DMT work is combined with a journey to inspiring, powerful places. Each journey gives me (and I hope the participants) new discoveries, about myself and the world, as well as new energy and inspiration, deeper understanding and joy.